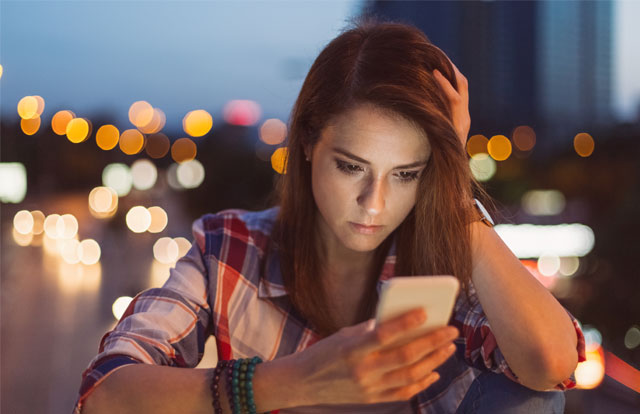 Teenager mental health is a must to focus on given the world we live in and society today. As the most prominent therapists counseling group in McKinney, Texas, there are things that we know and still discovering when it comes to a teenager’s use of technology. For the last few years, our expert therapists have seen a spike in situations with parents concerned about their teen’s tech use. We work with pre-teens and teenagers, including the parents, on how to monitor “too much tech.” From McKinney to Allen to Plano to Melissa to Princeton, Texas the subject comes up more often than anyone communicates, openly.

With anxiety and teenager mental health issues on the rise over the last few years in McKinney, Texas and the surrounding communities within Texas at large, parents and educators have scrambled to find the culprit. A likely issue is a combination of an abundance of new technology and smartphones.

The rise in the ubiquity of smartphones or tablets has coincided with the rise in psychological distress among teens, and there are more than a few intuitive reasons to believe the two trends are connected. Smartphones and social media have given teenagers in Texas, who are in the process of developing a sense of self, an unbridled ability to compare themselves and new mediums through which to be bullied by “angsty” peers.

Throw in the ability to escape from the world and its problems anywhere they go through games, movies, and other forms of media, and it is easy to see why parents in Texas are concerned that smartphones may be destroying a generation.

Correlations Between Teenagers in Texas Using Too Much Tech

Our team of certified and licensed therapists at Foundations Counseling in McKinney, Texas, understand the validity of these concerns and related worries. With a topic such as mental health that has so many determinants, it is important to be cautious about assuming that a correlation confirms our hypotheses and look instead to what the research says about the importance of a particular variable.

Thus far, the research has been mixed: many studies have confirmed the correlation, but none have found a causal link that can confirm technology or social media are leading to an increase in teen mental health issues.

This increase has been especially pronounced for Generation Z, the generation that has grown up with smartphones. Individual-level survey data show similar correlations, with data from multiple surveys across different locations in Texas and years showing that increased digital technology use is associated with increased psychological distress for individuals.

It could be that increased screen time is causing mood disorders, but it could also be that teens with mood disorders are more likely to spend time in front of screens. Published research in psychology has not yet produced a study that clarifies this relationship and confirms that it is indeed increased digital technology use that leads to mental distress, and not vice versa. Yet, we are told confidentially by teens and parents alike in Texas, that anxiety begins to develop usually with the use of social media, video games, and constant texting even during school.

Digital technology can take on many forms and mediums, each with different effects on the human psyche. Using technology to webcam a long-distance relative, for example, will likely alleviate feelings of loneliness, whereas spending hours scrolling through Instagram may exacerbate one’s social anxiety.

Mental health is similarly broad, with technology affecting different aspects asymmetrically. It is documented that some teens may turn to Netflix to help boost their happiness through TV shows and providing a cultural connection to others. We may never know what the effects of digital technology on mental health are, because it may be too broad of a question with different implications for different people. Whether the teenager is from Allen, Texas or Houston, Texas or even Austin, Texas, digital technology in abundance definitely takes it’s toll on the younger generation.

One major finding is the negative effect technology has had on teens’ sleeping habits. A survey report by Common Sense Media revealed that 68% of all teens throughout the United States actually take their devices into the bedroom at night and 29% sleep with their devices in their beds.

Many studies have shown the deleterious effects of technology use before bed, as the blue light emitted by smartphones disrupts the production of sleep hormones and thus decreases sleep quality. Even more alarming for parents, 36% of teenagers wake up and check their devices at least once per night.

The survey confirms what parents may see themselves: that increased smartphone use in the bedroom, especially right before sleeping, has the potential to decrease both the quantity and quality of children’s sleep. And a lack of sleep creates a major determinant of mental stability.

Technology and mental health are complicated, and it is difficult to fully understand the relationship between the two. Some aspects of technology may have negative effects on mental health, while other aspects may have positive ones.

Part of the reason we don’t fully understand the relationship between the two is that we have not asked enough specific, targeted questions. A question about how technology is affecting sleep is one example of a good one, and there are countless others that parents can ask and observe for answers that may be unique for their child.

Whether it be wondering how technology affects their child’s ability to focus or how it affects their patience, parents should continue to closely watch for positive and negative patterns in behavior or attitude and experiment with media rules to find what fits their family’s needs.

We are here to help and specialize in working with younger generations who will usually be willing to learn how to adjust their tech habits. If you are concerned about your teenager’s use of technology, teenager mental health, and live in McKinney, Allen, Plano, Melissa, or Princeton, Texas, please contact our distinguished expert therapist team today.

Our Foundations Counseling offices are easily accessible from surrounding communities and located in McKinney, Texas.